The funeral service in the Orthodox Church, although not considered as specifically sacramental, belongs among the special liturgical rites of the People of God.

We have already seen that the Church has a particular sacramental service for the consecration of human suffering, and special prayers for the departure of the soul from the body in death. When a person dies, the Church serves a special vigil over the lifeless body, called traditionally the parastasis or panikhida, both of which mean a “watch” or an “all-night vigil.”

The vigil of the dead should normally be fulfilled in the eucharistic liturgy in which the faithful meet the Risen Lord, and all those who are alive in him, in the glory of his Kingdom of Life. The fact that the funeral vigil, in recent years, has lost its preparatory character and has simply been transformed into the funeral service itself, separated from the eucharistic liturgy, is a sad fact which allows neither for the proper appreciation of the vigil itself nor for the full Christian vision of the meaning of life, death and resurrection in Christ, the Church and the Kingdom of God.

To schedule a funeral or pannikhida (memorial service), please contact us! 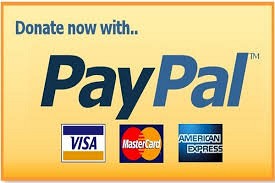 (show more)
Subscribe to hear the story of one of the venerable Saints commemorated each day in the Orthodox Church.
(show less)
Friday, 9 Dec 2022
St Stephen the New Light (Neolampes) of Constantinople (912)